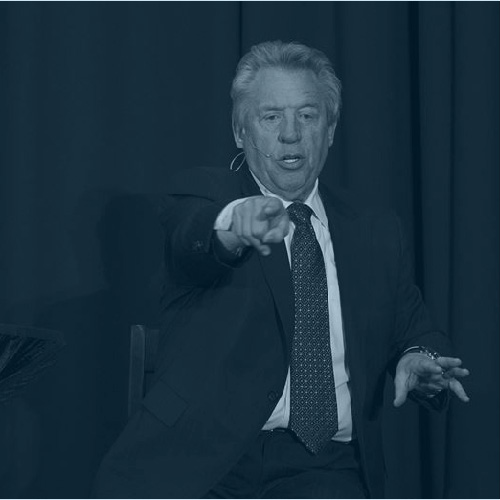 Posted at 14:32h in Articles by JurgenO 0 Comments
0 Likes
Share

Many people look at all that’s wrong in the world and mistakenly believe that they cannot make a difference. The challenges loom large, and they feel small. They believe they must do big things to have a life that matters. Or they think they have to reach a certain place in life from which to do something significant.

Does that seed of doubt exist in you? Have you ever found yourself thinking or saying, “I will only be able to make a difference . . .

None of these things is necessary before you can start to achieve significance. You may not realize it, but those hesitations are really nothing more than excuses. The only thing you need to achieve significance is to be intentional about starting—no matter where you are, who you are, or what you have. Do you believe that? You can’t make an impact sitting still. Former NFL coach Tony Dungy once told me, “Do the ordinary things better than anyone else and you will achieve excellence.” The same is true for significance. Begin by doing ordinary things.

Chinese philosopher Lao Tzu said, “A journey of a thousand miles begins with a single step.” That’s true. In fact, so does every human being’s first journey. As children, we had to learn how to take that first step in order to walk. We don’t think anything of it now, but it was a big deal then.

Every big thing that’s ever been done started with a first step.

When Neil Armstrong took his first walk on the moon, he stated, “That’s one small step for man, one giant leap for mankind.” But the first steps of that achievement occurred decades before. We can’t get anywhere in life without taking that first small step. Sometimes the step is hard; other times it’s easy. But no matter what, you have to do it if you want to get anywhere in life.

You never know when something small that you do for others is going to expand into something big. That was true for Chris Kennedy, a golfer from Florida. In 2014, a friend nominated him to do the Ice Bucket Challenge for the charity of his choice. Kennedy passed along the challenge to his wife’s cousin Jeanette Senercia because the two liked to tease and challenge one another. Kennedy chose ALS as his charity because Jeanette’s husband suffered from the disease. Jeanette accepted the challenge, posted the video on her Facebook page, and nominated others.[i]

That was a small start of something big. In today’s digital world we talk about things going viral. The term viral was coined because ideas and initiatives can spread quickly the way germs do. Almost anything that starts out as a single idea, a bold statement, a YouTube video, or a creative or memorable photo can gain vast popularity and quickly spread through word of mouth via the Internet.

The Ice Bucket Challenge soon went viral. If you somehow missed out on it, the idea was to either donate to the ALS Association or record a video of yourself being doused with ice water, and then challenge three other people to donate or get doused.

This turned out to be a brilliant idea to raise money for an important cause—to help fight a disease that many people otherwise might not have known about and would not have donated to see cured. I participated in the challenge. Sure, I was aware of the disease, but it wasn’t a charity I normally gave to. I was nominated by colleagues to take the challenge, and I was happy to participate.

Most people chose to give and get doused. When I accepted the challenge, I made a donation and asked three of my grandchildren to do the honors of soaking me. They used not one, but three, freezing cold buckets of water on me. Though I pleaded for compassion and warm water, the grandkids showed no mercy!

The best part is that over $113.3 million was donated between July and September of 2014 as a result of the ice bucket challenge, compared to $2.7 million dollars donated during the same period of time the previous year. On Facebook alone, over 28 million people uploaded, commented, or liked ice bucket related posts the last time I checked. The purpose of the campaign wasn’t just to raise money. It was about raising awareness. But they accomplished both with great intentionality.

What can you do now? As you think about making a difference, be willing to start small. You never know whether your passion-fueled idea will have an outcome similar to that of ALS Ice Bucket Challenge.

Find out more about taking that first step by signing up to the FREE 7 Day Experiment.