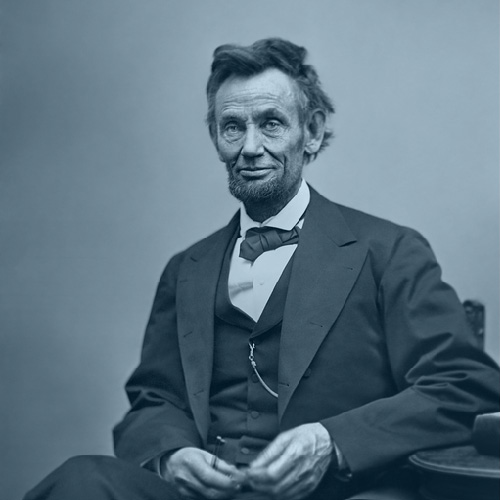 Posted at 05:40h in Articles by JurgenO 0 Comments
0 Likes
Share

Yet another natural disaster has struck the Pacific region, and our heartfelt commiserations go out to the people of Japan. As with Queensland in January and Christchurch in February, our fortitude is challenged in the face of extreme adversity.

But around the world, the fortitude of people is also being challenged by something more insidious – the abuse of power. In recent days Egypt and Bangladesh rose up against it, and Libyans are attempting to do so right now. There is a famous statement, often erroneously attributed to Abraham Lincoln, which states:

“Almost anyone can overcome adversity. If you want to see the real measure of a man, give him power.”

Although the quote actually belongs to French writer Francois Duc de la Rochefoucau (1613-1680, Maxim 99), it is nevertheless an apt tribute to the 16th President of the USA, nicknamed “Honest Abe”. He is widely regarded as one of the greatest of American leaders. Few people demonstrate the character and tenacity required of leaders as well as he does.

Lincoln (1809-1865) emerged from very humble origins to a position of great power, despite his lack of money, education or powerful friends. He was raised in a poor family on the western frontier of the fledging USA. His mother passed away when he was only nine, and other than 18 months of itinerant teachers, he was mostly self-educated. Frequently mocked for his looks, he had to deal with several breakups of engagements, and suffered the anguish of losing three of his four children in infancy.

Yet he refused to bow to the adversity he faced in life, teaching himself the skills necessary to become a postmaster, county surveyor, a successful country lawyer, an Illinois state legislator, and a one-term member of the United States House of Representatives. He became the only US President to hold a patent (for a “device to buoy vessels over shoals”), although the device was never commercialized.

Lincoln’s first foray into politics came in the 1832 election for the State of Illinois General Assembly. As a 23 year old, he garnered 277 of the 300 votes from his precinct, yet still failed to win a seat. Instead, he taught himself law and became a feared adversary in cross-examinations.

He remained active in State politics, serving four terms as a state legislator while continuing to build his law practice. In 1846 he was elected to the US House of Representatives as the sole Whig member for Illinois, but two years later was passed over for the lucrative post of Commissioner of the General Land Office. He returned to his law practice and increasingly appeared before the Illinois State Supreme Court and even the United States Supreme Court, in cases which entered American legal case history.

Paltry education notwithstanding, Lincoln was an intellectual and a consummate orator. Yet notable as his legal achievements were, his stature emerged in his actions as President of the USA.

The Path to the Presidency

Lincoln’s “Peoria Speech” on 16 October 1854 marked a turning point in his career and set him firmly on a path towards the presidency. He strongly condemned “the monstrous injustice of slavery itself. I hate it because it deprives our republican example of its just influence in the world…”.

In the same year he unsuccessfully contested an Illinois seat in the United States Senate, and two years later placed second in the contest to become the Republican candidate for Vice President.

Undeterred, Lincoln continued speaking out, initially against the extension of slavery into other parts of the USA, but later against the continued existence of slavery as a whole. In 1858 he again contested a seat for the US Senate, but despite winning the popular vote, failed to dislodge the Democratic Party Senator, Stephen Douglas.

Bitter as defeat was for Lincoln, his seven debates against the Democratic incumbent brought him to national prominence. His intellectual leadership and strong convictions, coupled with a willingness to listen to the views of others, and his ability to articulate the key issues with oratorical skills elevated him to the forefront of the Republican Party and secured his nomination for the 1860 Presidential election, where his life story played a prominent part in the campaign. The Republicans repeatedly emphasized the strength of a system which allowed a common farm boy to work his way to the top of the political hierarchy through sheer effort (Barack Obama did much the same in his campaign to win the US Presidency, and he frequently quoted Lincoln in the process).

Lincoln won 40% of the popular vote, with the balance distributed among his three rivals (one of whom was the former Illinois Senator, Douglas). The electoral vote secured him 180 votes against the combined 123 cast for his three opponents.

But Lincoln had to deal with an immediate challenge to his authority: he had not appeared on the ballot in ten Southern States, and after his election seven of those States immediately declared themselves a sovereign nation, the Confederate States of America, and elected their own President, Jefferson Davis. Lincoln had to travel to his own inauguration in disguise after discovering a plot to assassinate him. Even so, he used his inaugural speech to promote peace and the preservation of the Union.

The Power of the President and the Measure of the Man

Lincoln had overcome adversity and setbacks in his life. Now that he had the power to act, his true measure became apparent as the country plunged into its greatest internal crisis, the Civil War of 1861-1865.

In the early months of his presidency, Lincoln continued believing he could preserve the Union without bloodshed, and he refused to engage in military conflict. He made it clear that the Union would not fire the first shot, but nor would he surrender any forts in the South. On 12 April 1861 Confederate forces fired on Union troops at Fort Sumter and the war began.

Many believed it would be over within 90 days, but for the bulk of his presidency Lincoln was embroiled in a military and political campaign to reunify the country. As Commander in Chief, he used unprecedented powers to impose a blockade, to disburse funds before appropriation by Congress, and to suspend the writ of habeas corpus, arresting and imprisoning thousands of suspected Confederate sympathizers without warrant or trial.

Yet Lincoln steadfastly refused to let power corrupt him. Instead, he utilised power to promote the cause of emancipating slaves and seeking the restoration of the Union. He deliberately pulled into his cabinet leaders of various factions within both political parties and used patronage to pressure them to cooperate with him.

His response to dealing with free slaves matured as he listened to ideas of his advisors. He dropped the idea of colonies of freed slaves, in favour of fully abolishing slavery throughout the Union, and even set up a regiment of former slaves to participate in the war, believing it would send a powerful message to the Confederate soldiers.

He read widely on military tactics and closely supervised the war effort, especially the selection of top generals, replacing them when they failed to deliver results or when he received evidence of the poor performance or inappropriate conduct. Once he realised that his generals resented “civilian” interference, he changed his approach, allowing his War Secretary and general-in-chief to act as intermediary, rather than micro-managing every aspect of the war.

His Gettysburg Address of 1863 has become one of the most quoted speeches in history, providing an iconic statement of America’s dedication to the principles of nationalism, equal rights, liberty, and democracy. Despite the war dragging on into a fourth year, and with increasing criticism from those who condemned him for refusing to compromise on the slavery issue as well as those who believed he was not harsh enough in dealing with the Confederate States, Lincoln successfully campaigned for re-election in November 1864.

With the end of war in sight, Lincoln used his second inaugural speech on 4 March 1865 to call for reconciliation and reconstruction:

“Fondly do we hope—fervently do we pray—that this mighty scourge of war may speedily pass away. … With malice toward none; with charity for all; with firmness in the right, as God gives us to see the right, let us strive on to finish the work we are in; to bind up the nation’s wounds; to care for him who shall have borne the battle, and for his widow, and his orphan—to do all which may achieve and cherish a just and lasting peace, among ourselves, and with all nations.”

The Confederate capital fell a month later. While Lincoln quietly walked through the city, a General approached him for instructions on how to treat the defeated troops, to which the President replied: “Let ’em up easy.”

It was the simple instruction of a man who believed in the equality and dignity of all men.

On 11 April 1865, two days after the official end of the American Civil War and slavery abolished, President Abraham Lincoln’s commitment to equality for all men was expressed in a call to extend voting rights to blacks. In this respect Lincoln was ahead of his time.

John Wilkes Booth, a well-known actor and Confederate spy, was incensed by the speech and resolved to assassinate the American President. Three days later, on 14 April, he crept up on an unsuspecting and unguarded President and shot him in the back of the head at close range.

The bullet brought to an untimely end the life of a great leader who stood by his convictions, who endured hardship and adversity in pursuing what he believed to be the right course for his people.

The bullet ended a life, but it ensured Lincoln’s work would transcend his life, to become a legacy to all the ages.  He was a man who defied the odds to achieve power, yet used that power in pursuit of equality, liberty and freedom for all.