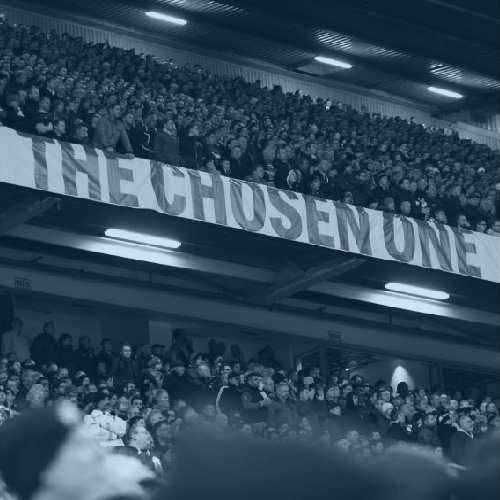 Succession planning is never easy – and the ultra-competitive world of football amplifies the challenges on the front pages of the global media. In a world where success lasts only a week, and where every minute decision is dissected and analysed by thousands of fervent armchair critics, there is an immense pressure on Club Boards to find the right man for the job.

Two major coaching changes – in Manchester and Munich – illustrated how tough it can be to plan for a successor. Both cases involved highly experienced, championship-winning coaches from clubs that have dominated their respective national leagues for over two decades. Both clubs have a rich tradition and loyalty to their star players, both have a global fan base and a deep-seated belief that their team is simply the best in the world.

Both put a plan in place to transition to a new coach for the start of the 2013-14 season. But there the similarities end. And the fortunes of the two clubs under new management have depicted opposing sides of the coin.

In Manchester one of the world’s best-ever football club managers announced his retirement two weeks before the end of the 2012-13 English Premier League season. His carefully chosen successor was announced a day later, lifted a trophy (the Community Shield) in his first competitive match at the new club, raced to the top of the premiership with a 4-1 away win in the opening fixture of the 2013-14 season – and has seen things going downhill ever since.

The defending English champions are struggling in the league, have been eliminated from both domestic cup competitions, and are on the verge of an early exit from the Champions League. The manner in which they capitulated to the Greek minnows, Olympiacos, raise serious questions about morale and attitude among players, and the ability of new manager David Moyes to deliver at this level.

Manchester United faces the very real prospect of failing to qualify for European competition for the first time since English clubs were readmitted to European competition in 1990. Sections of the media are already baying for his blood, and the financial losses coupled to not playing European competition could well be enough to make club owners, the Glazers, reconsider the 6-year contract they handed Moyes in July 2013.

By contrast, Manchester United’s German equivalents, Bayern Munich, brought Jupp Heynckes’ 26-year managerial career to an end by compelling him to retire at the end of the 2012-13 season. Ironically, it was the Club’s most successful season ever, but he was sacrificed to make way for Pep Guardiola, a man who was at that point on a stress break caused by the pressures of managing his previous club, Barcelona.

The Bavarians’ new coach struggled in his early matches. Their first competitive match resulted in a 2-4 defeat against Borussia Dortmund in the German Super Cup, and the next few matches produced unconvincing wins and a shock draw to Freiburg, dropping the Germans into third spot in the Bundesliga.

But from that inauspicious start things snapped into place and subsequent results have been devastating. In the first five months under Guardiola the Bavarian club won the UEFA Super Cup (against Chelsea, now managed by Jose Mourinho, who had been considered by many as a favourite to take over at United) and the FIFA World Club Cup. They opened a 10 point lead at the half-way stage of the German Bundesliga, and are once again setting records for unbeaten runs, consecutive wins in the Champions League, and so on. In short, under new management they have lifted their already incredible form to a higher level.

Why the different results? And what can the business world learn from what happens on and around the sports field as far as succession planning is concerned?

Sir Alex Ferguson’s retirement had been in the pipeline a long time. The football world had been speculating about the when and who ever since Ferguson changed his mind about retiring in 2002 (see “The Fergie Legacy”).

United had over a decade to plan for a successor. In that time many assistant managers were groomed and developed – and then moved on to the top job in other clubs. Yet the suddenness of the announcement caught many by surprise.

Ferguson admits that he had decided in December 2012 to retire at the end of the season, but he did not inform United’s owners until he was contractually obligated to do so (in March 2013). Having been burnt by the experience of 2001-02, he and the Board decided not to announce the retirement until days before United’s final home game of the 2012-13 season. By that stage David Moyes had been offered a 6-year contract, and was unveiled as the new Manchester United manager the day after Ferguson’s announcement shocked the world.

“The time is right,” he told The Guardian. “It was important to me to leave an organisation in the strongest possible shape and I believe I have done so. The quality of this league winning squad, and the balance of ages within it, bodes well for continued success at the highest level whilst the structure of the youth set-up will ensure that the long-term future of the club remains a bright one.”

Moyes was somewhat of a surprise choice. He did not have the pedigree of some other candidates, particularly as far as European experience and a record of trophies was concerned. Many pundits had speculated that José ‘The Special One’ Mourinho, the former manager at Chelsea, Internazionale and Real Madrid, would be the next boss at Old Trafford. He had expressed a keen interest before and wanted to return to England (in fact, only days after Moyes’ appointment, Mourinho returned to Chelsea, where he has helped them mount a strong challenge for the 2013-14 English premiership).

Ferguson thought highly of Mourinho’s managerial abilities, but both Ferguson and the Glazer family preferred the solid work ethic and loyalty of the dour Scottish manager over the flamboyant and sometimes controversial Portuguese manager. “I knew his family background,” Ferguson wrote in his 2013 autobiography. “…They have a good family feel about them. I’m not saying that’s a reason to hire someone but you like to see good foundations in someone appointed to such high office.”

Moyes had demonstrated his character at Preston North End, where he finished his playing career and began his managerial career, first as coach, assistant manager and then manager from 1998. He helped the club clinch the Second Division title (2000) before joining Everton in 2002.

Ferguson was particularly impressed by what Moyes had accomplished in his eleven years at Everton despite the limited resources at his disposal. Given the groundwork he had laid and the vast resources available at United, Ferguson believed Moyes had the character to take Manchester United into the future.

Even so, he warned the Old Trafford faithful that it would not be easy. Addressing the fans for the last time, he called on them (and the United Board) to give Moyes the same support he had received: “I’d also like to remind you that we’ve had bad times here. The club stood by me. All my staff stood by me. The players stood by me. So your job now is to stand by our new manager. That is important.”

He was not referring only to the 3½ years it took for him to win his first trophy with the Red Devils. Even after the much vaunted Treble of 1999, the great Scot’s team finished trophyless several times (2001-02, 2004-05 and 2011-12 to be precise), and sections of the media had suggested more than once that he had passed his prime and should be axed.

But Ferguson had a track record and he retained the confidence of the Board. He was always able to bounce back. Moyes has a record of stability but not success. Will it be enough, or will the United Board be tempted to ditch the plan (and the man) as so many other clubs tend to do?

It is noteworthy that during Ferguson’s 26-year tenure at Manchester United, their German rivals Bayern Munich changed managers a staggering 17 times, for a return of 38 major trophies.

In the next installment we consider the succession plan that brought Guardiola to Bayern Munich, and the lessons we can learn from the transition.